Use These 7 Forms of Respect to Transform Your Workplace with Dr. Julie Pham (Ep. #57) 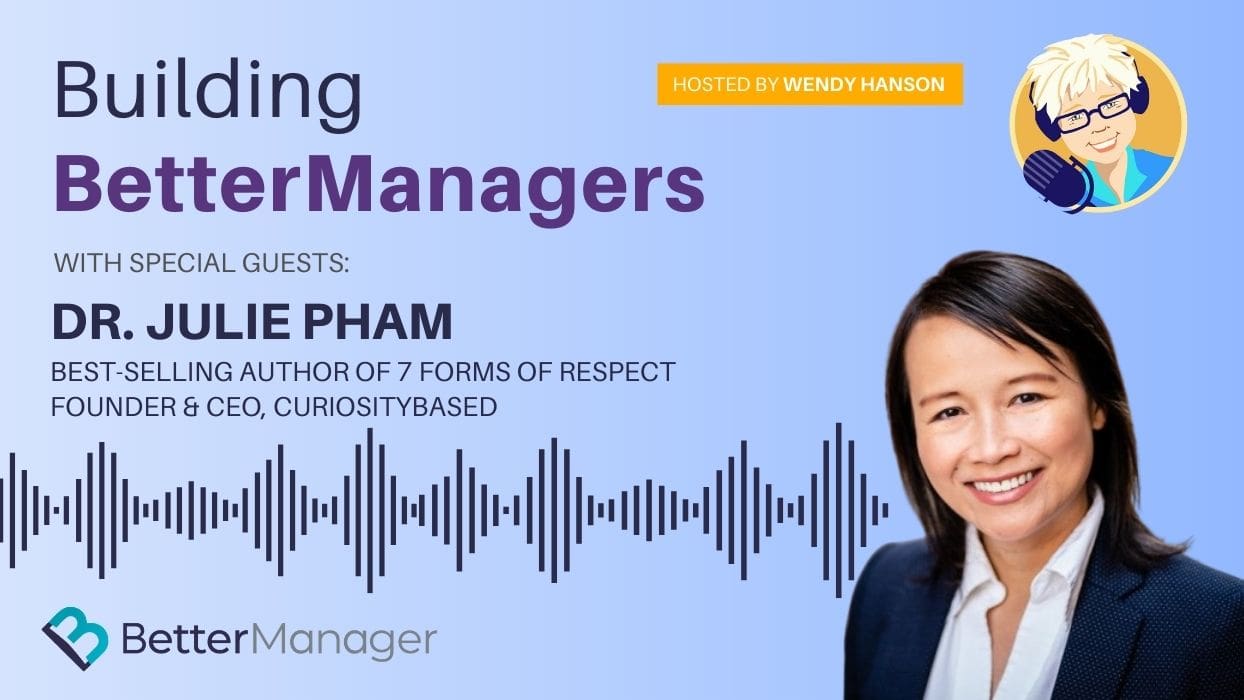 Building Better Managers Podcast Episode #57: Use These 7 Forms of Respect to Transform Your Workplace with Dr. Julie Pham

Leaders, and particularly middle managers, are constantly being challenged. While it’s never been easy to navigate the needs of both the C-Suite and junior staff members, the past few years have created a slew of new priorities and pressures.

From managing remote and hybrid teams and effectively implementing and supporting company DEI priorities to rallying staff during times of crisis and reducing team burnout, the growing complexity of being a manager today can quickly feel overwhelming.

Now, more than ever, managers need to communicate clearly and strengthen workplace connections. And doing so, all starts with respect, according to Dr. Julie Pham. Dr. Pham, the best-selling author of 7 Forms of Respect: A Guide to Transforming Your Communication and Relationships at Work, and the founder of CuriosityBased, joins the podcast to explain how respect is communicated among individuals, teams, and organizations.

In this episode, Dr. Pham guides us through the 7 Forms of Respect framework and shares how it is being used around the world to create more dynamic and highly productive workplaces, and how it can be applied by managers and leaders to articulate priorities, compromise effectively, and reinforce behaviors that support the shared work and goals of the team.

The 7 Forms of Respect Framework

How The 7 Forms of Respect Help Managers

The Benefits of Curiosity In the Workplace

Dr. Julie Pham is the founder and the CEO of CuriosityBased, an organizational development firm based in Seattle. She is the author of the #1 Amazon New Release and Bestseller 7 Forms of Respect: A Guide to Transforming Your Communication and Relationships at Work.

Dr. Pham has been recognized with numerous awards for her community leadership. She has applied her community building approach to building strong, collaborative and curious teams.