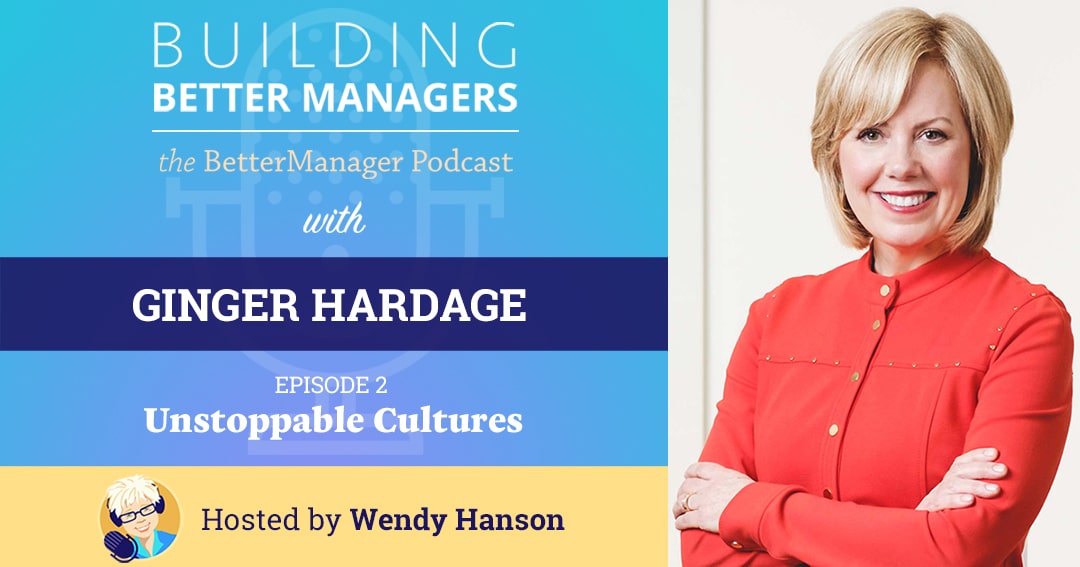 Manager training doesn't stick automatically! In this episode, BetterManager co-founder Wendy Hanson talks with Unstoppable Cultures founder Ginger Hardage about how to create best-in-class work cultures. A culture that supports and inspires your managers while reinforcing company values is a huge key to greater productivity, reduced turnover and an amazing customer experience.

The Elements of Unstoppable Cultures

Management by Walking Around

The importance of the commitment to culture

How to have a ridiculously low retention late

How culture drives your bottom line

The right way to use surveys to improve customer experience

People deserve to love their work

Subscribe to our podcast on your favorite podcast platform.

Ginger Hardage recently retired as Senior Vice President of Culture and Communications at Southwest Airlines after an illustrious 25 years, where she served as a member of the CEO's executive leadership team.  At Southwest (the nation’s largest airline), Ginger led a team of 150 people responsible for building and sustaining the organization's legendary culture and communications enterprise.

Recognized by many as a foremost global authority on building and sustaining organizational culture, Ginger was responsible for the activities that nourished the culture and the internal and external communications function. At Southwest, Ginger was a tireless ambassador of the world-famous Southwest Culture, leading to honors like 23 consecutive years on FORTUNE’s “Top 10 Most Admired Companies in the World” list.