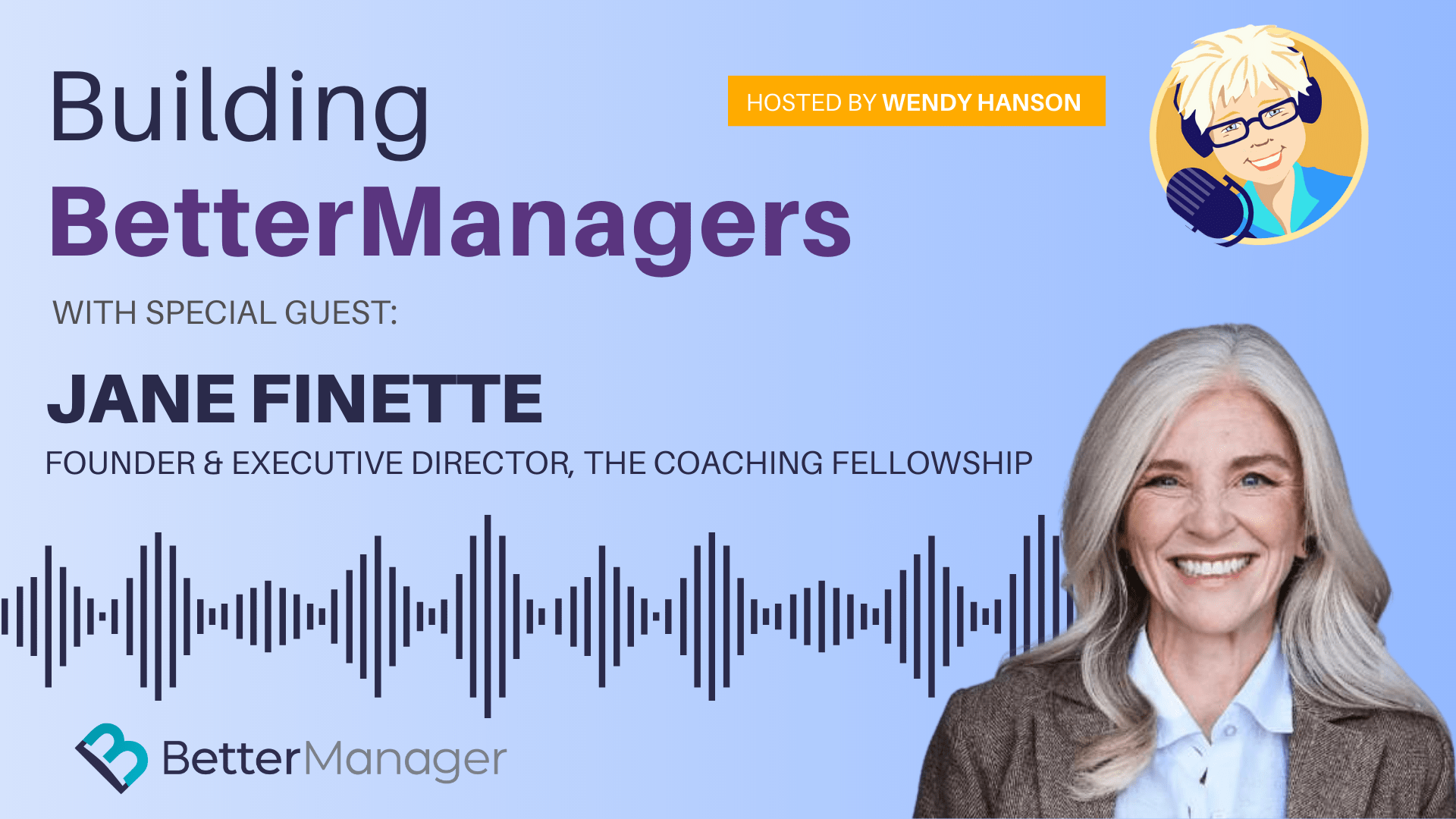 Sometimes we all need people who believe in us more than we do ourselves. Women who do not feel supported in the workplace are more likely not to ask for help or promotions, or to drop out of the workforce altogether. As leaders, it’s imperative to lift others up, and women, in particular, need strong leaders supporting them in the workplace now more than ever.

In this episode, Jane Finette, author of “Unlocked: How Empowered Women Empower Women” and the founder of The Coaching Fellowship, joins the Building Better Managers podcast to help us better understand both what it means and what it takes to empower your women leaders.

A Better Approach to Networking

Get Jane's book How Empowered Women Empower Women on Amazon.

Jane Finette is the Founder and Executive Director of The Coaching Fellowship, a nonprofit organization dedicated to the development of young women leaders in social change. A leadership expert and Certified Professional Co-Active Coach (CPCC), Jane has dedicated her life to achieving equality for women — empowering them to create impact and build the world of tomorrow, today.

A 2020 Women Forward Gold Award winner from the Business Council for Peace, Jane’s passion, expertise, and two decades of experience is anchored at the intersection of technology and human potential. At her core, she empowers individuals and communities to solve the world's largest, most persistent, and perennial problems.