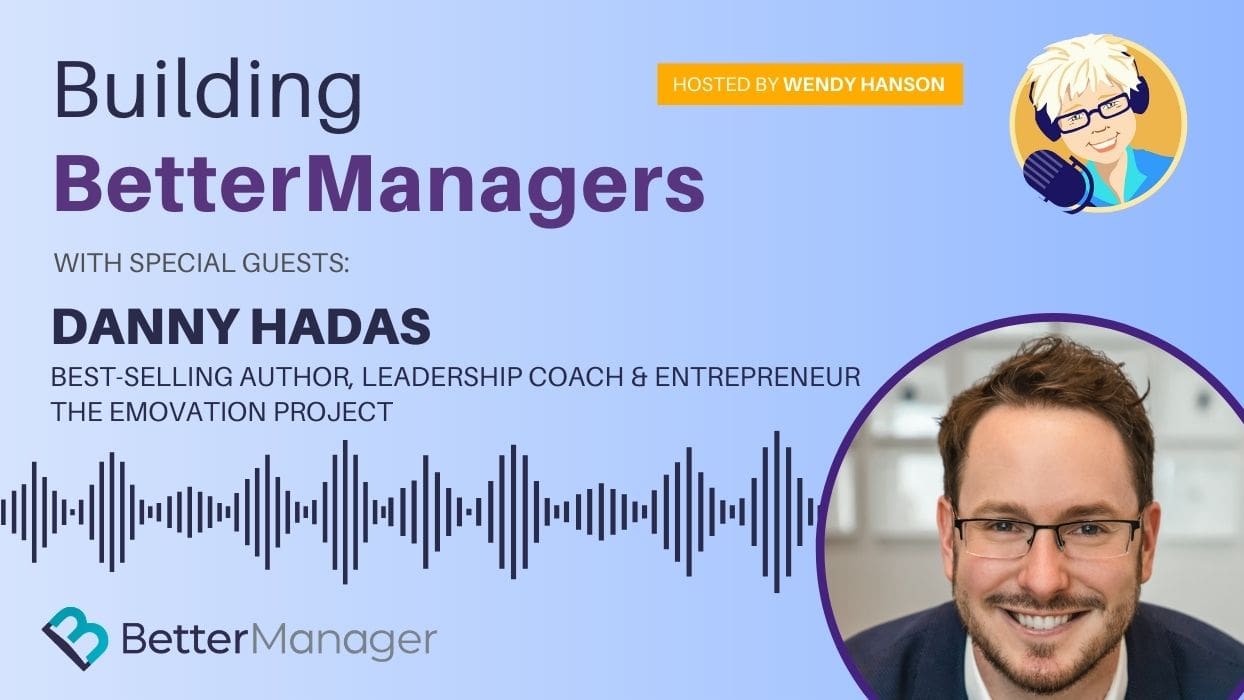 Leadership challenges are in the spotlight due to the upheavals of the pandemic and The Great Resignation. Organizations are struggling to find effective solutions as people are leaving workplaces left and right. Today’s guest, Danny Hadas, believes that Minimalist Leadership is a great place to get some answers.

Danny is a #1 Best-selling author, leadership coach, and former adviser to the world's most iconic brands, including Disney, BMW, and AT&T. His speciality at the Emovation Project is coaching executives & managers to be minimalist leaders, which empowers them to double their team's performance without doubling their own efforts.

He’ll address some of today’s most pressing leadership challenges, including: how to hold people accountable while still empowering them; giving people the resources to overcome obstacles (not running around fixing all their problems for them!); and finding the right cadence of checking-in & evaluating their actual progress to avoid the worst aspects of micro-managing.

What Are The Major Leadership Challenges Right Now?

Danny Hadas is a # 1 bestselling author, leadership coach, and former advisor to some of the world’s most iconic brands. Since 2008, his work has impacted millions of people across 500+ companies worldwide, including Disney, BMW, and AT&T. As the founder of The Emovation Project, Danny coaches business owners and organizational leaders to be Minimalist Leaders, which empowers them to double their team's performance without doubling their effort.