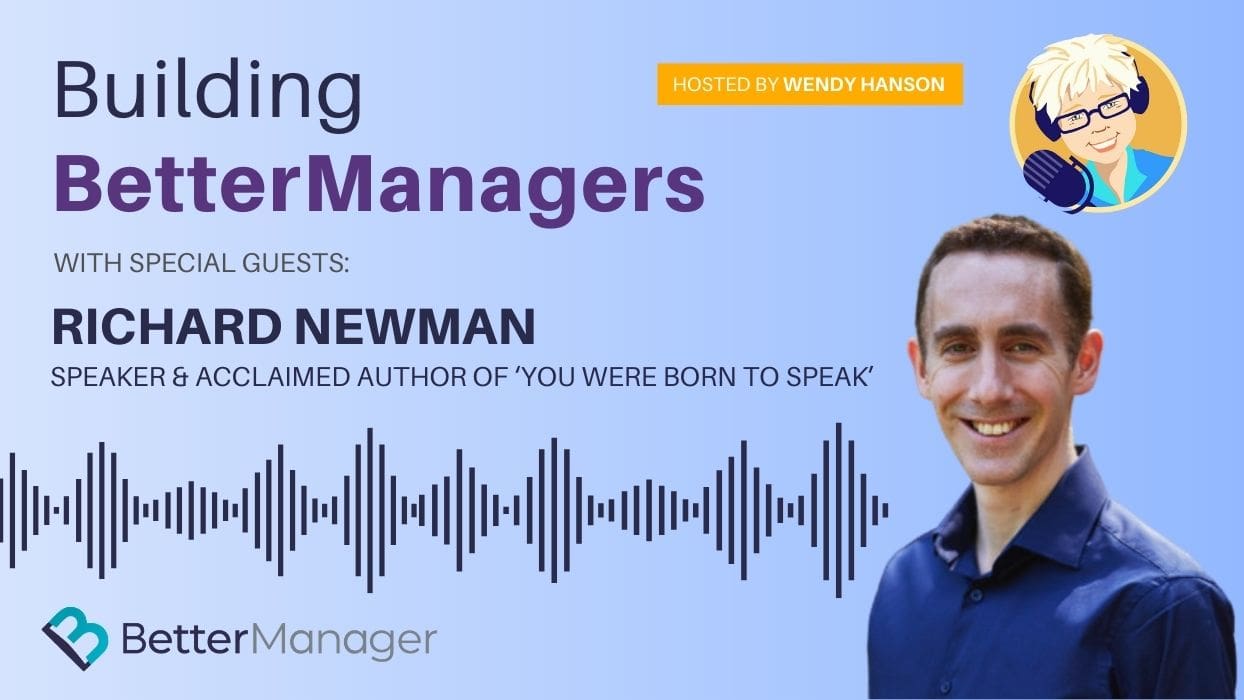 Over 80% of people from the front lines to the C-Suite point to ineffective communication as a root cause of many team project failures. And the migration to more remote and hybrid workplace setups isn’t making things any easier!

To help you up your game we’ve brought in Richard Newman, founder of Body Talk and author of “You Were Born to Speak”, to show us how leaders and managers can add some practical and powerful storytelling techniques that can dramatically improve communication, teamwork and productivity.

What Monks Can Teach Us About Non-Verbal Communication

Can Everyone Learn To Be A Great Communicator?

Strategies You Can Use To Improve Communication

Business leaders all over the world rely on Richard Newman to transform their communication. One client won over $1 Billion in new business in one year, using Richard’s techniques to win 100% of their new business pitches. His team has trained 120,000 clients worldwide. But Richard had to learn it all from scratch. Richard is highly introverted. He has high-functioning autism. He was painfully shy as a child.

At age 18, Richard started his mission to discover the core communication principles. He went to live in the foothills of the Himalayas with Tibetan monks, who spoke no English. They had to communicate non-verbally to understand each other. He then worked as a professional actor, studying how to walk, move and speak to increase his impact on an audience. He became a keynote speaker, coach, author and speechwriter, winning the coveted Cicero Grand Prize for Best Speechwriter of the Year.

Richard’s research on non-verbal communication was published in the Journal of Psychology. His study proved that you can increase your leadership ratings by 44% and win 59% more votes in an election by changing a few simple behaviors.