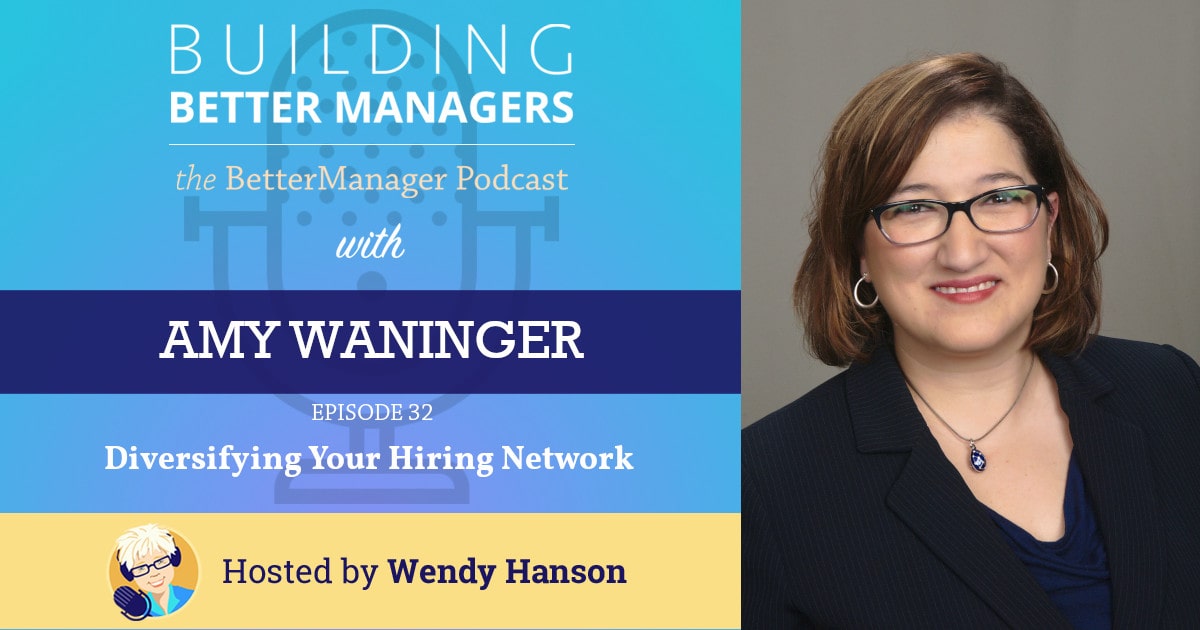 ‘Check the Box’ Diversity is missing the big picture. Done right, DE&I can be key to gaining a competitive business advantage. Amy Waninger, author of "Network Beyond Bias", joins the podcast to discuss the business case for authentically investing in inclusive workplaces and diverse leadership teams.

The Story Behind Network Beyond Bias

Amy C. Waninger, CEO of Lead at Any Level, works with organizations that want to build diverse leadership bench strength for a sustainable competitive advantage. She is the author of multiple books including Network Beyond Bias: Making Diversity a Competitive Advantage for Your Career.

Amy is a Professional Member of National Speakers Association and a Prosci Certified Change Practitioner. Her other credentials include two degrees from Indiana University and a World’s Best Mom coffee mug.