Breaking Through Your Limiting Beliefs with Julia Arndt (Ep. #50) 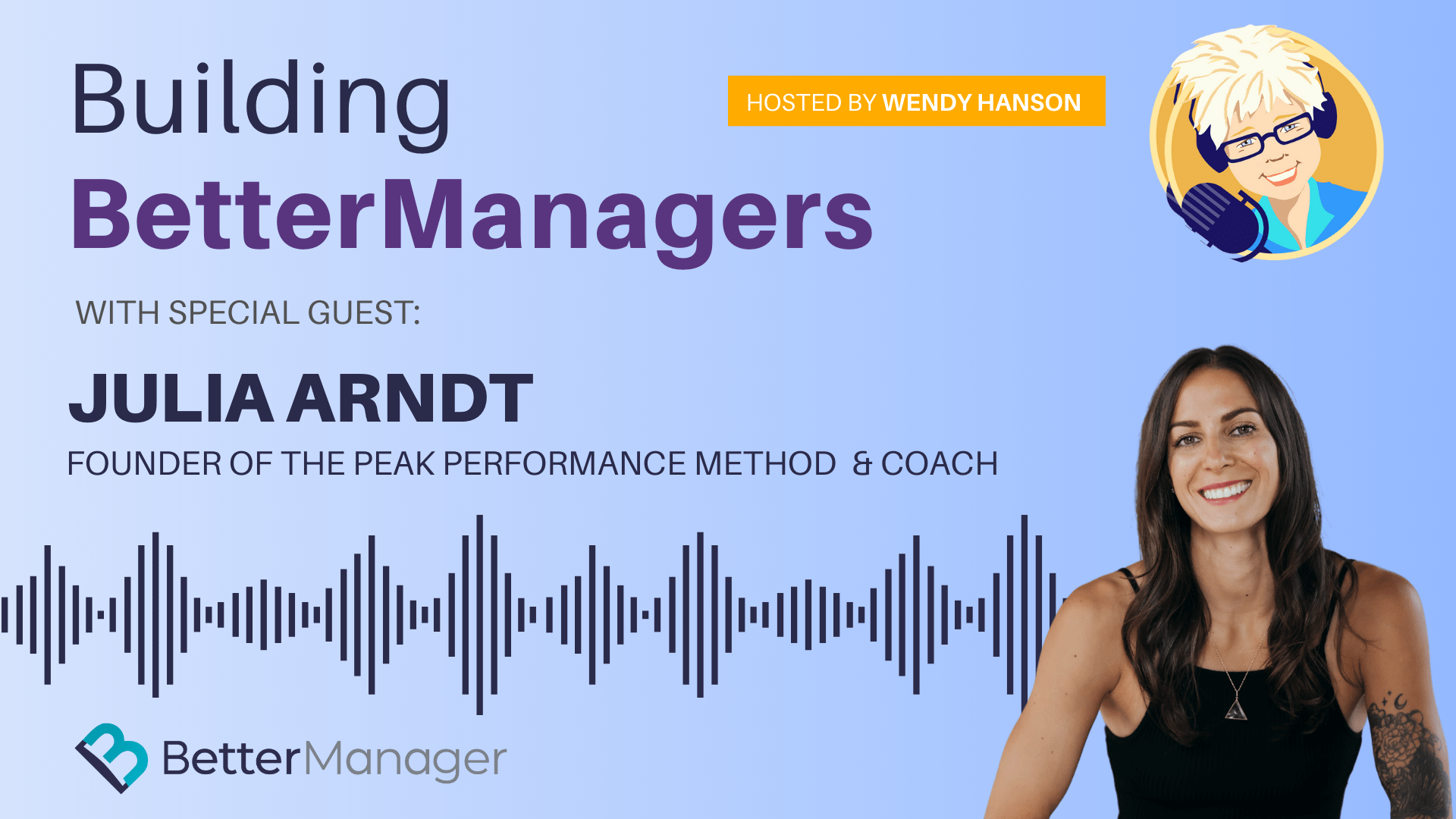 Imposter Syndrome is just one extremely common example of the kinds of limiting beliefs that all too often hold us back. Joining us today is Julia Arndt, founder of the Peak Performance Method and an expert in combining productivity, mindfulness and other leadership tools in ways to combat these limiting beliefs and develop your personal workplace superpowers.

Julia will share how to breakthrough old mental habits and become more aware of the thought patterns holding you back, and create new and productive pathways. When done on a conscious level, and reinforced in the right ways over time, we can build better highways that do support our goals and dreams.

Julia Arndt is the founder of the Peak Performance Method (PPM), a unique model combining critical productivity, mindfulness and leadership tools to help forward thinking individuals and organizations develop the next workplace superpower through scalable programs.

Julia originally hails from Germany, has lived in 5 countries over the last 14 years and speaks three languages fluently. After working at Google in Silicon Valley for seven and a half years while the company grew from 30.000 to 100.000 employees, Julia has been running her own consulting and coaching business, helping over 7000 employees at innovative companies like Google, Facebook, Microsoft, Uber, Swisscom and many more understand the effects of stress on body and mind, move beyond burnout and build a mindful lifestyle that delivers focus, high energy and productivity.