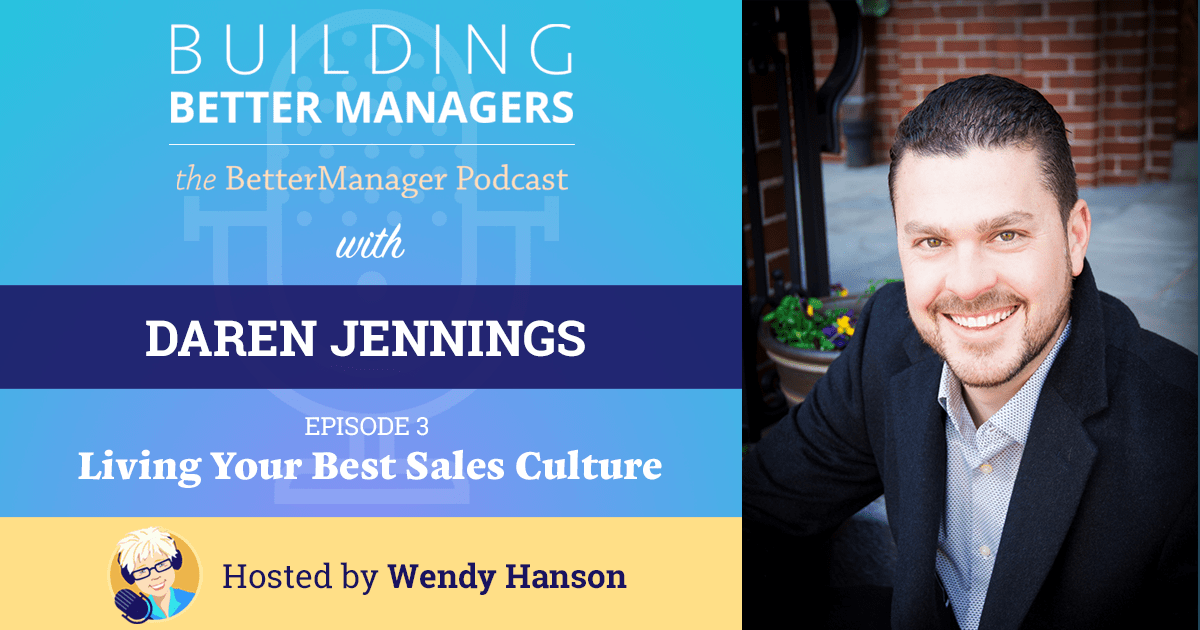 BetterManager co-founder Wendy Hanson and Daren Jennings, VP of Sales at Interact, present a deep dive into the ideas and elements behind his amazing, high-performing sales culture.

"Ultimately, nobody wants to take a job in any career to be mediocre."

How to Support Remote Teams

The 360° Assessment - The Value of Feedback

How to Have Meetings that Matter

Daren is the VP of Sales for Interact, a global provider of collaborative Digital Workplace software and consulting for enterprises. A self-described “accidental sales guy,” he is now in the 20th year of his ‘temporary’ sales career.  More than anything, he likes helping people figure out a way to solve problems, so B2B sales is actually a good fit. He divides his time between New York and Rhode Island, where he lives with his wife, two children, and old beagle named Bijou.