You CAN Have a Drama Free Workplace! with Marlene Chism (Ep. #60) 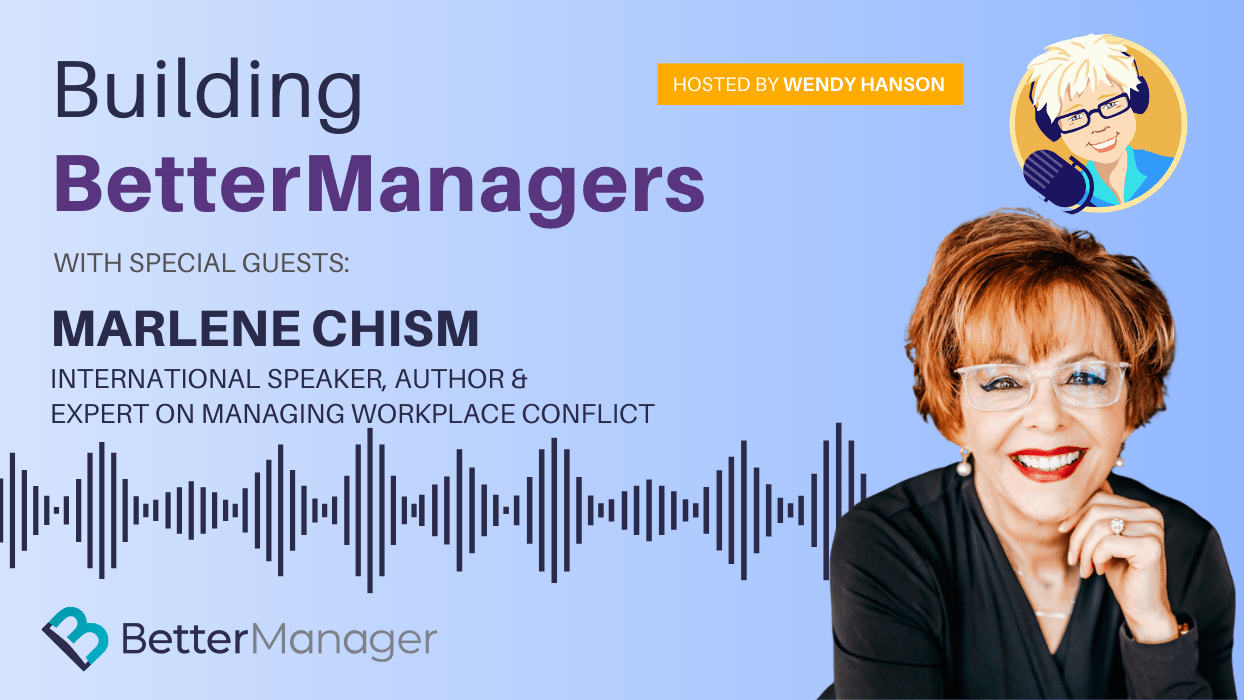 Building Better Managers Podcast Episode #60: You CAN Have a Drama Free Workplace! with Marlene Chism

Workplace drama can affect every aspect of business: Employee engagement, productivity, teamwork, customer service, and, ultimately, your bottom line. And from frontline managers to top-level executives, leaders often do not realize how much they themselves actually contribute to the conflict and drama within their workplaces.

Everyone has blind spots, so it’s critical to evaluate how conflict and drama are showing up in your workplace culture and start addressing these costly issues instead of ignoring them.

No workplace is immune to the effects of drama, so we’ve brought in Marlene Chism, the leading authority on building drama-free cultures, to discuss what leaders at every level can do to address this costly problem. Marlene is known for helping managers address “the elephant in the room” and initiate conversations that get results.

In this episode:
‍

What’s the Difference Between Leadership Identity and Leadership Clarity?

Why Is It Important for Leaders to Build a Leadership Identity?

Marlene is the author of four books, including Stop Workplace Drama, No-Drama Leadership, 7 Ways to Stop Drama in Your Healthcare Practice, and From Conflict to Courage: How to Stop Avoiding and Start Leading.

Marlene has a degree in Communications from Drury University and a Master’s degree in Human Resources Development from Webster University. She’s an advanced practitioner in Narrative Coaching.