How Organizations Can Thrive By Promoting Neurodiversity & Psychological Safety with Tara May (Ep. #58) 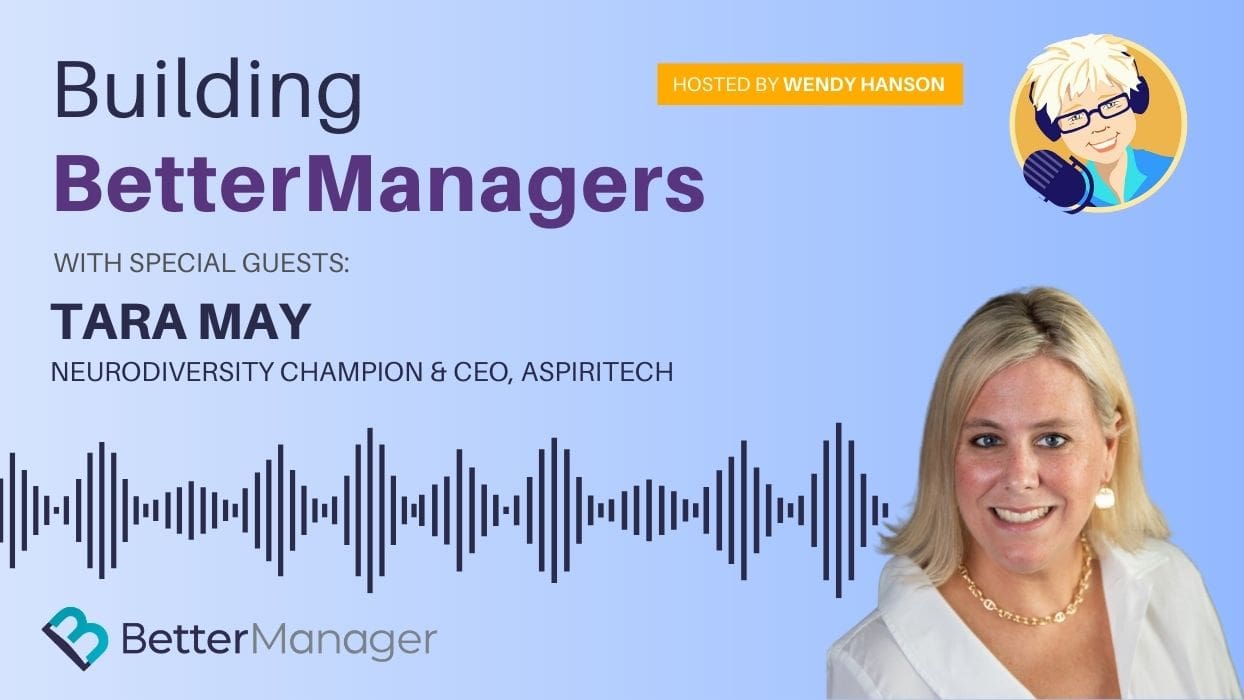 As the world of work evolves, leaders and managers are being asked to do more. In addition to day-to-day responsibilities, successful companies are engaging leaders in conversations about broader issues like return on investment. What’s one of the best ways to ensure a company’s financial success? By putting people first and embracing a culture of growth and innovation.

Teams who can innovate, evolve and grow are more highly valued than ever before. But innovation is close to impossible without a psychologically safe environment where mental health is valued and prioritized. When blame and shame are rampant, only a select few benefit.

Tara May, CEO of Aspiritech and digital transformation expert, joins us to discuss how to create a workplace culture where innovation can thrive. She’ll cover the importance of neurodiversity, the mental health resources that can best support your teams, and how creating a culture of safely “failing fast” can lead to amazing results.

The Benefits of Mental Health Support to the Organization

Tara started as CEO of Aspiritech in April 2022. Prior to joining Aspiritech, Tara was EVP of Media & Chief Digital Officer at Winsight as well as VP of Content and Product Strategy for Patch Media. She helped launch 900 hyperlocal sites for the AOL network as well as a digital reverse-published local news product for the Chicago Tribune. Tara's career is focused on using technology and product innovation to drive growth.

Tara is a sought-after speaker on user experience and digital transformation. She's overseen large and small teams with a focus on career development and leading with kindness. She resides in Lake County with her husband and teen and tween children, and is personally committed to embracing neurodiversity in all aspects of work and life.