How Women Rise in the Workplace with Sally Helgesen (Ep. #40) 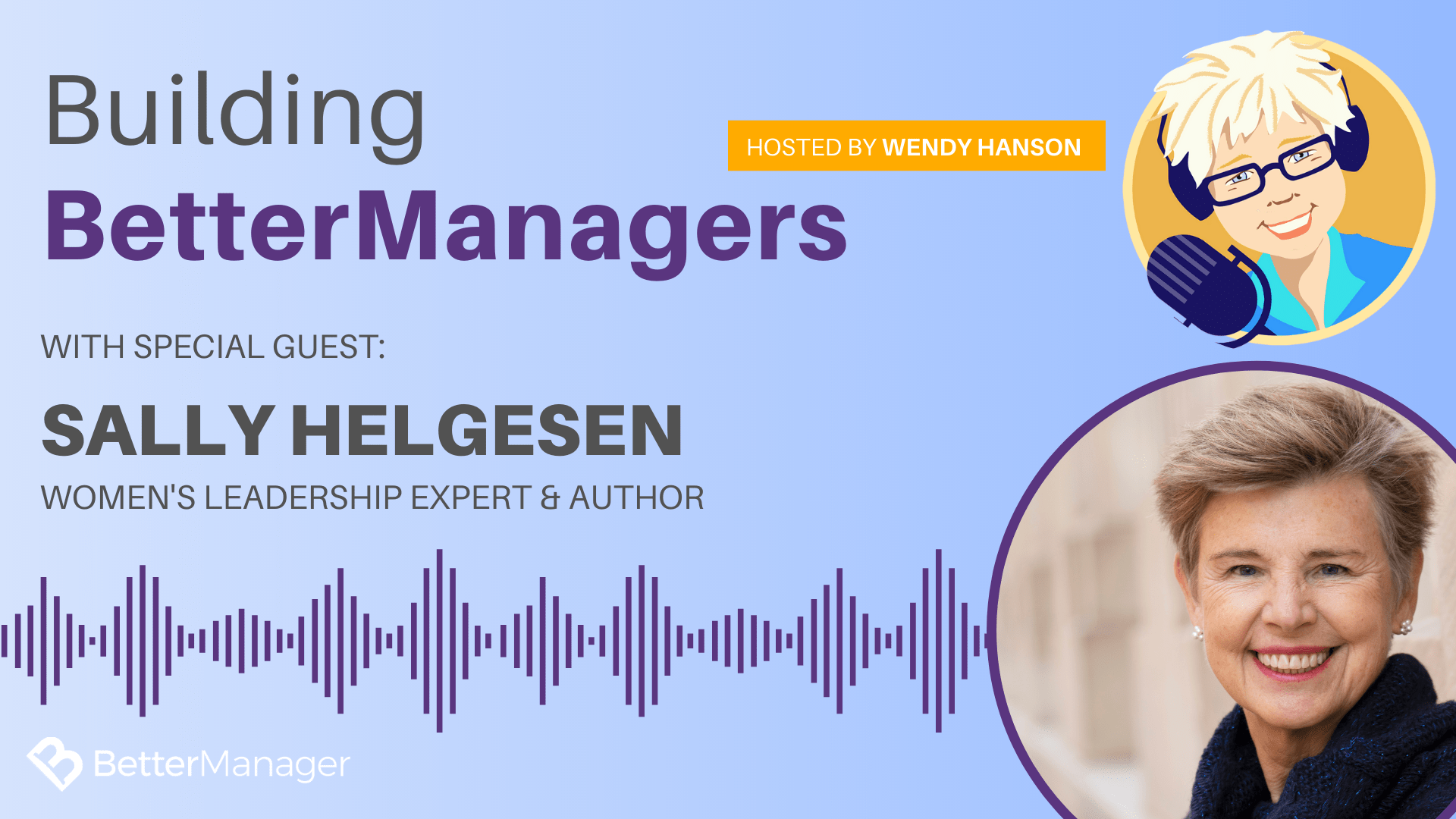 Join us for a discussion with Sally Helgesen, best-selling author, speaker, leadership coach, and preeminent expert on women's leadership, focused on the disease to please, embracing your ambition, and the behaviors and habits that may be hindering your career growth.

The Habits that May Be Holding You Back

How Men Can Be Allies In the Workplace

Sally Helgesen, cited in Forbes as the world’s premier expert on women’s leadership, is an internationally best-selling author, speaker and leadership coach. She has been named by Thinker’s 50 as one of the world’s top 20 coaches and ranks number 6 among the world’s thought leaders by Global Gurus.

Sally’s most recent book, How Women Rise, co-authored with Marshall Goldsmith, became a best-seller within a week of publication and has been translated into 19 languages. Previous books include The Female Advantage, hailed as a classic and continuously in print since 1990, and The Female Vision, which explores how women’s strategic insights can strengthen their careers.

Siham is a certified coach from the Co-active Training Institute and is trained as a relationship system (ORSC) & intercultural coach. She holds an MBA degree in International Human Resources, brings a unique blend of 18 years of international experience in marketing, communication, and talent management cross-industries. Based in Paris, Siham speaks French, Arabic, and English fluently and can argue with a taxi driver in Turkish.