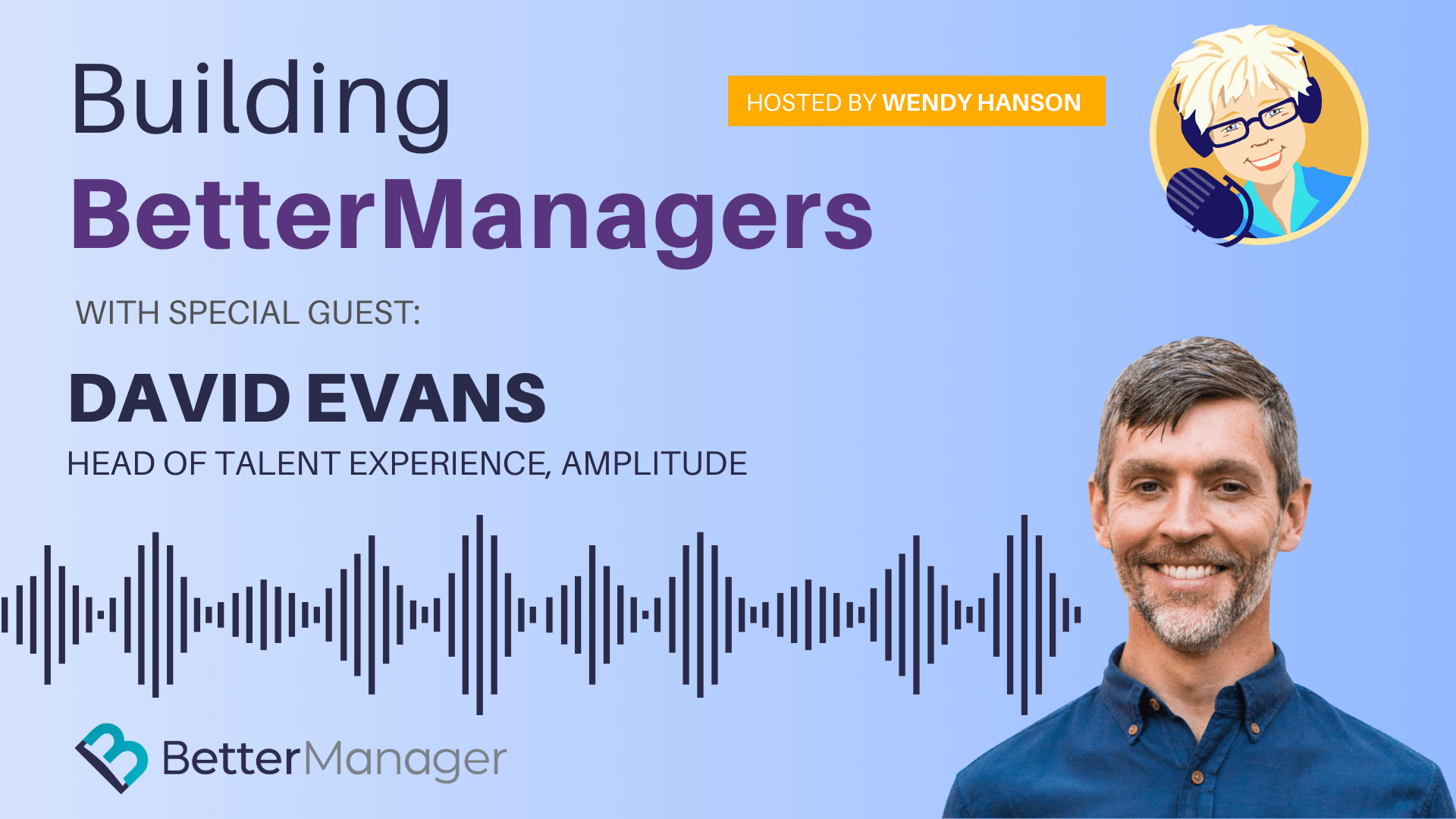 The hybrid workplace is here to stay. And with it, leaders and organizations must become more adept at creating and nurturing culture with people and teams working from everywhere.

On our latest episode, we welcome David Evans to the Building Better Manager podcast.

David has coached tech leaders and their teams for over 15 years, from startups to Fortune 100s. As the Head of Talent Experience at Amplitude, he’s currently supporting the growth of high-performing teams and scaling company culture in fresh, uniquely effective ways that can give you insight and ideas to bring back to your own organization.

What Are the Benefits?

David Evans designs playful experiences and equitable processes that challenge and grow people. David has coached tech leaders and their teams for over 15 years, from baby startups to Fortune 100s, through capital raisings, M&A transactions, and public listings.

Prior to becoming a coach, David was Founder & CEO of 2 tech companies, which resulted in 1 exit and a 9-figure acquisition deal that went south; life's an adventure! David is currently the Head of Talent Experience at Amplitude, supporting the growth of high-performing teams and scaling company culture as the business scales. David's biggest and most important growth challenge so far: co-parenting 2 young kids.