Leading with Confidence, Vision, and Direction with Jennifer Chapman (Ep. #55) 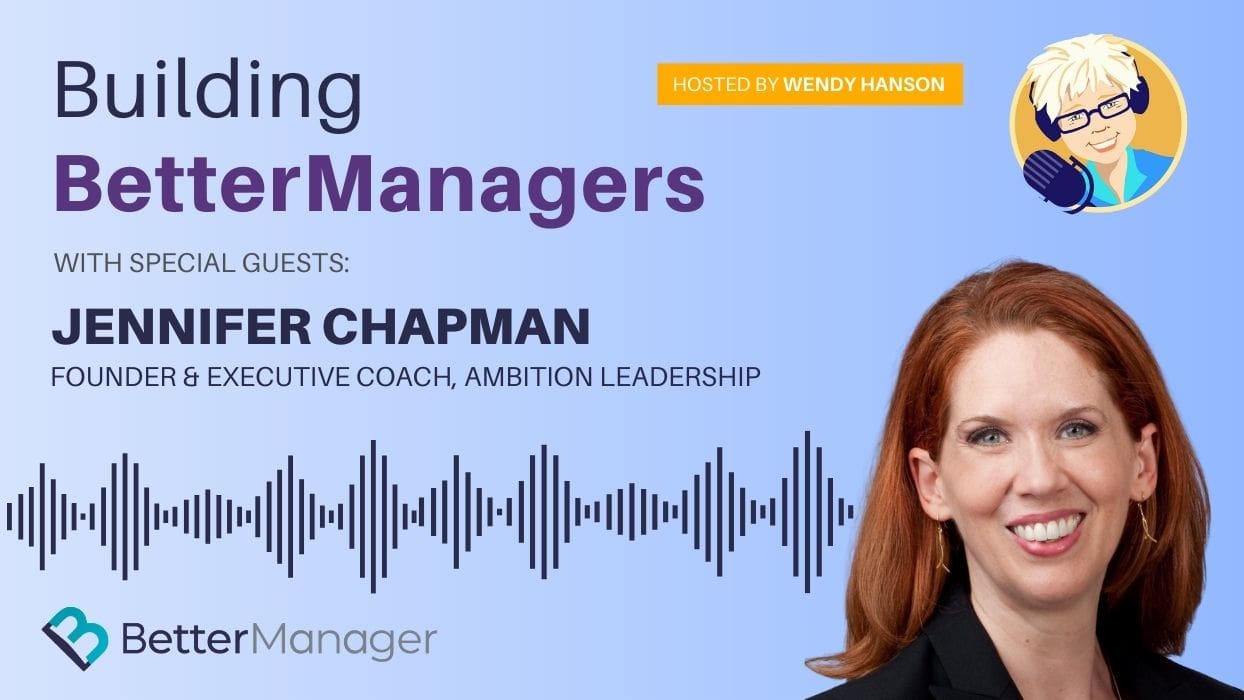 If your leadership development program isn’t cultivating leaders and managers that know how to build and develop a culture of trust, loyalty, and positive work relationships, it’s already hurting your bottom line.

Every day your people managers encounter opportunities to lead, nurture, and take care of their employees, but they also need to learn how to take care of and manage themselves.

In this episode, Jennifer Chapman, founder and executive coach at Ambition Leadership and a former Fortune 500 leader, shares practical and actionable ways for managers to build confidence, be more assertive, and leverage workplace relationships so that both they and their teams are as effective and productive as possible.

Common Situations for Managers That Are Really About Managing Themselves

How to Help Managers Who Aren't Leveraging Relationships at Work

Jennifer is an ICF certified leadership coach, trained through Georgetown University’s prestigious Executive Leadership Coaching program in Washington, D.C. She coaches a variety of corporate, government, and non-profit clients and specializes in working within engineering, research, and science industries. Her primary focus is helping leaders who have been promoted through technical expertise embrace their roles as people managers.

As a former leader in a Fortune 500 firm, I speak from personal experience on how to:• develop an authentic leadership presence; increase emotional intelligence, self-awareness and self-management; balance critical leadership characteristics of being approachable and collaborative while leading with authority, vision, and direction; manage up and down; lead and motivate multi-generational workforces; empower employees to take ownership of their jobs and careers; and create a sense of team among geographically dispersed employees.