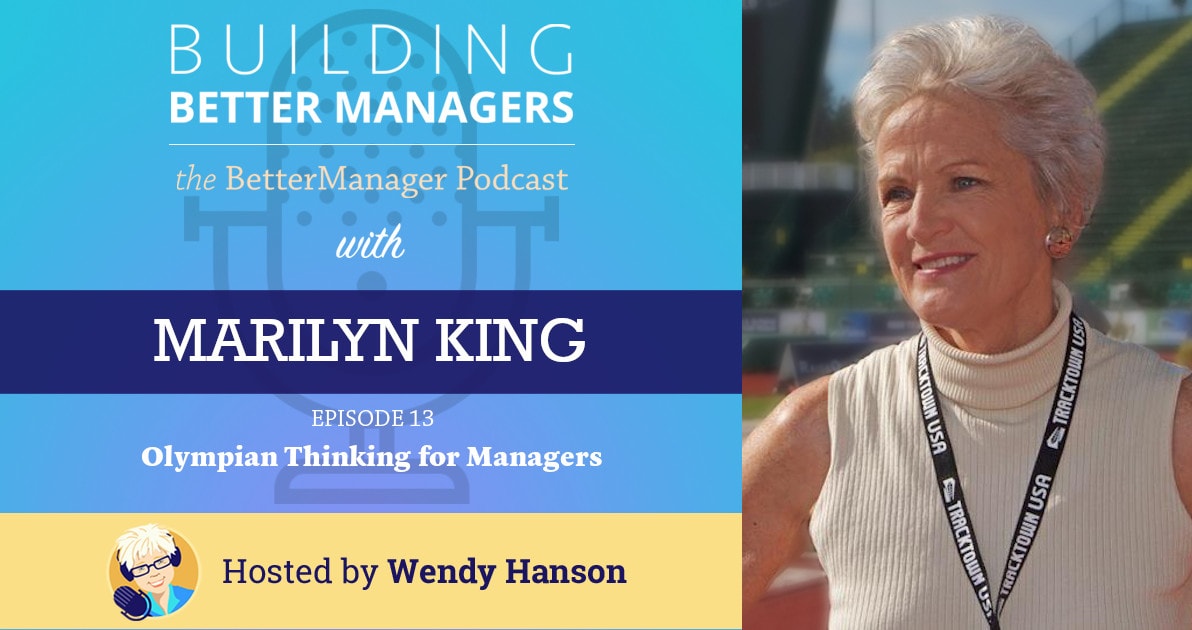 Leadership and peak performance expert Marilyn King discusses how managers can use her Olympian Thinking - Passion (for energy/creativity), Visualization (for crystal clear goals) & Action (daily practices/feedback) - to supercharge their productivity.

The Power of Showing Up

Mindset Matters: Engaging the Innovative, Creative Parts of the Brain

Management as the Art & Science of Stretch & BHAG Goals

Marilyn King is an internationally respected business consultant, international speaker and corporate trainer, who assists participants in discovering how profoundly their thinking affects their health, their performance and their future. The results are success-oriented individuals who are self-defined, self-directed and capable of far surpassing their previous levels of accomplishment. Through keynotes, training and consulting, Marilyn provides business leaders and educators with mental tools that will serve them for a lifetime.

Marilyn King is also the founder of an organization which seeks to extend the application of imagery and related skills to a broader arena of individual and social concerns, including world peace. She is currently creating a curriculum for schools based on Olympian Technology.