The Secrets of Successful Executive Transitions to the C-Suite with Navid Nazemian (Ep. #49) 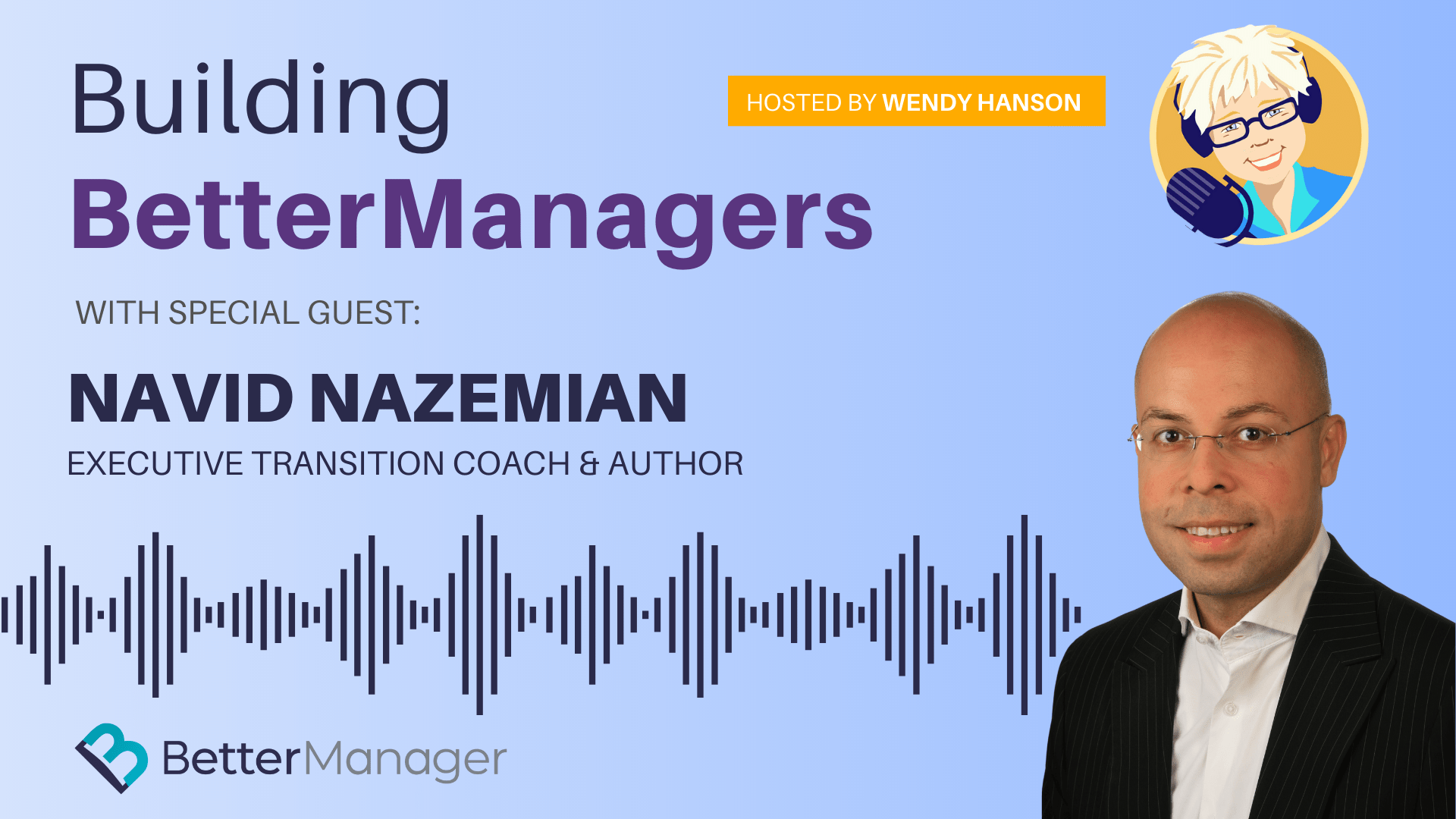 Leadership transitions can be tough to execute. In fact, more than 40% of executive transitions fail within the first 18 months. And sadly, this isn’t a new phenomenon — which leads us to the big questions of why this keeps occurring and what can organizations do about it.

Joining us this week is Navid Nazemian, an executive coach and unparalleled expert on executive transitions to the C-Suite. Navid is the author of “Mastering Executive Transitions: The Definitive Guide” and has helped the executives at some of the world’s most admired organizations successfully manage transitions into new roles.

Navid’s research identified three major reasons for these failures: people, culture, and politics. It’s not the case that organizations choose incompetent officers, but rather it’s these so-called “soft topics” that most often get in the way! And when transitions go wrong, entire organizations suffer.

The Cost of Failure

How Organizations Can Facilitate Successful Transitions

What Executives Can Do To Succeed

Navid helps executives and their leadership teams accelerate and successfully transition into new roles. He is the author of Mastering Executive Transitions - The Definitive Guide, a #1 new release and bestseller on Amazon.

Navid is an unparalleled expert and a thought leader in executive transitions, having lived and successfully worked in five countries across six sectors and working with C-level leaders on the same as an Executive Transition Coach. He brings to the table an eclectic background that spans over two decades of human resources experience in some of the world’s most admired organizations at country, regional and global leadership level, in both emerging and developed markets.

His passion lies in supporting executives during critical transitions. Navid is inspired by their courage to deliver value to their organization while staying true to their authentic selves.