Should A Manager Be A Servant? 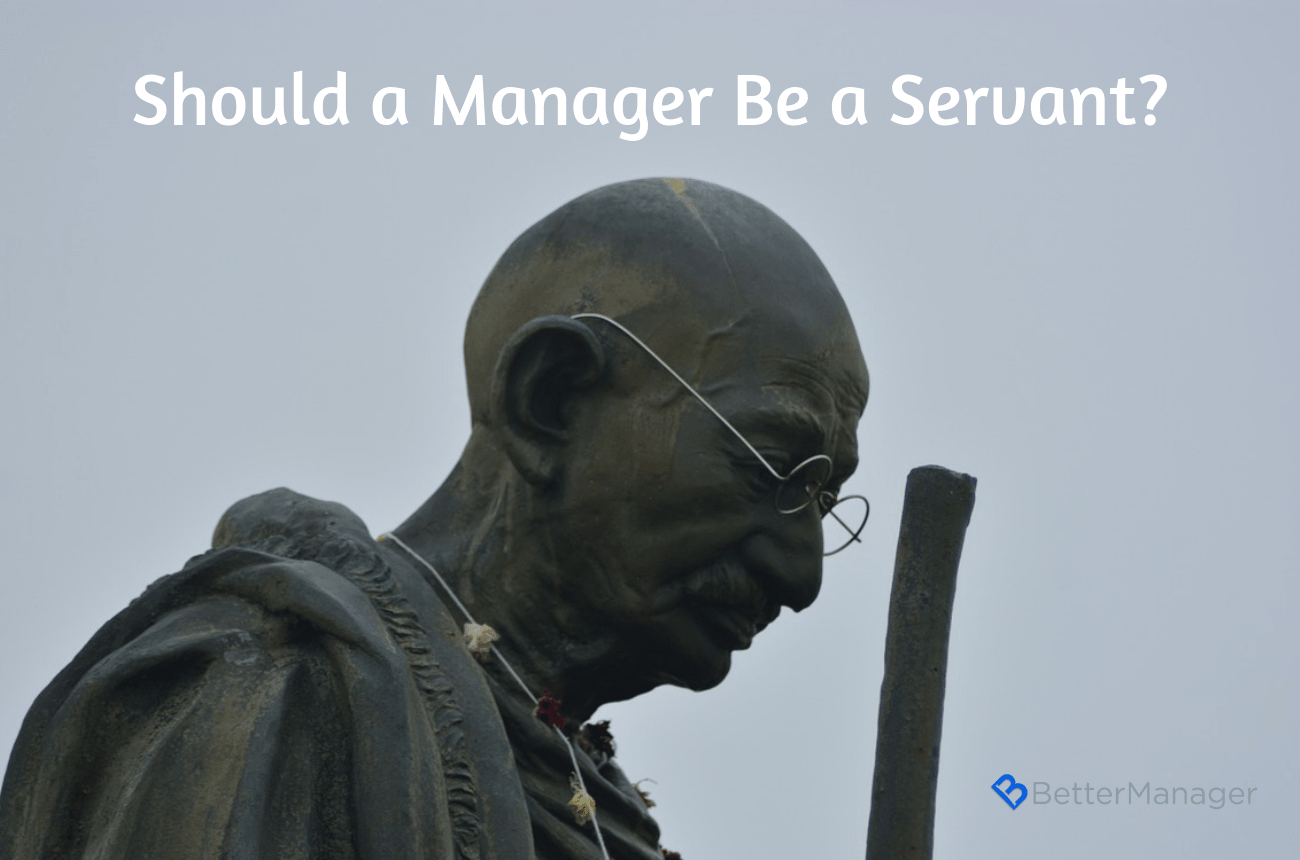 This may be a question you’ve never considered before. But if you’re a manager who understands that your role has to change and respond to different situations, it’s a question that’s well worth thinking about.

Servant leadership was a concept that Robert Greenleaf wrote about in his 1970 publication: The servant as leader. He explained:

A servant-leader focuses primarily on the growth and well-being of people and the communities to which they belong. While traditional leadership generally involves the accumulation and exercise of power by one at the “top of the pyramid,” servant leadership is different. The servant-leader shares power, puts the needs of others first and helps people develop and perform as highly as possible.

WHY WOULD YOU WANT TO PLAY THE ROLE OF SERVANT LEADER?

‍
Although the idea of a manager being a servant leader may be new to you, there are global leaders who have carried that title comfortably, including Martin Luther King Jr., Nelson Mandela, Mahatma Gandhi, Mother Teresa and Albert Schweitzer.

But do the principles and strategies of servant leaders at a global level apply at a corporate level? Why would you want to be a servant leader to a departmental team?

One answer might by that sometimes you will want to help your team members to grow and develop and share in decision making. A manager who wants to put the team members first and share the workload alongside them is often acting as a servant leader.

WHAT ARE THE CHARACTERISTICS OF A SERVANT LEADER?

‍
According to Greenleaf, a servant-leader must have empathy, foresight, awareness, and persuasion. Because of their closeness to their teams, they hear things, see things, know things, and have exceptional intuition. Greenleaf concluded that the characteristics of a servant leader, include:

‍
HOW DO I BECOME MORE SKILLED AT BEING A SERVANT LEADER?

‍
Writing in Forbes magazine, Cheryl Williamson suggests ways in which a leader might develop those characteristics in order to become a servant leader. She offers the following 4 suggestions:

Let others see you serve and encourage them to join you.

Make sure your team knows that you care.

Invest in your people.

Don’t place restrictions on your willingness to serve.

Becoming a successful servant leader requires that you make a commitment to
the philosophy and value system that guides these kinds of leaders. Josh Spiro writes in Inc. magazine to offer the following tips for developing the traits of a servant leader:

Greenleaf, R. K. (1977). The servant as leader: A Journey into the Nature of Legitimate Power and Greatness. Mahwah, NJ: Paulist Press.

Josh Spiro. How to Become a Servant Leader. Inc. Magazine.

Cheryl Williamson. July 19, 2017. Servant Leadership: How to put your people before yourself. Forbes Magazine.