Why We Need More Humanity in the Workplace with Debbie Cohen & Kate Roeske-Zummer (Ep. #41) 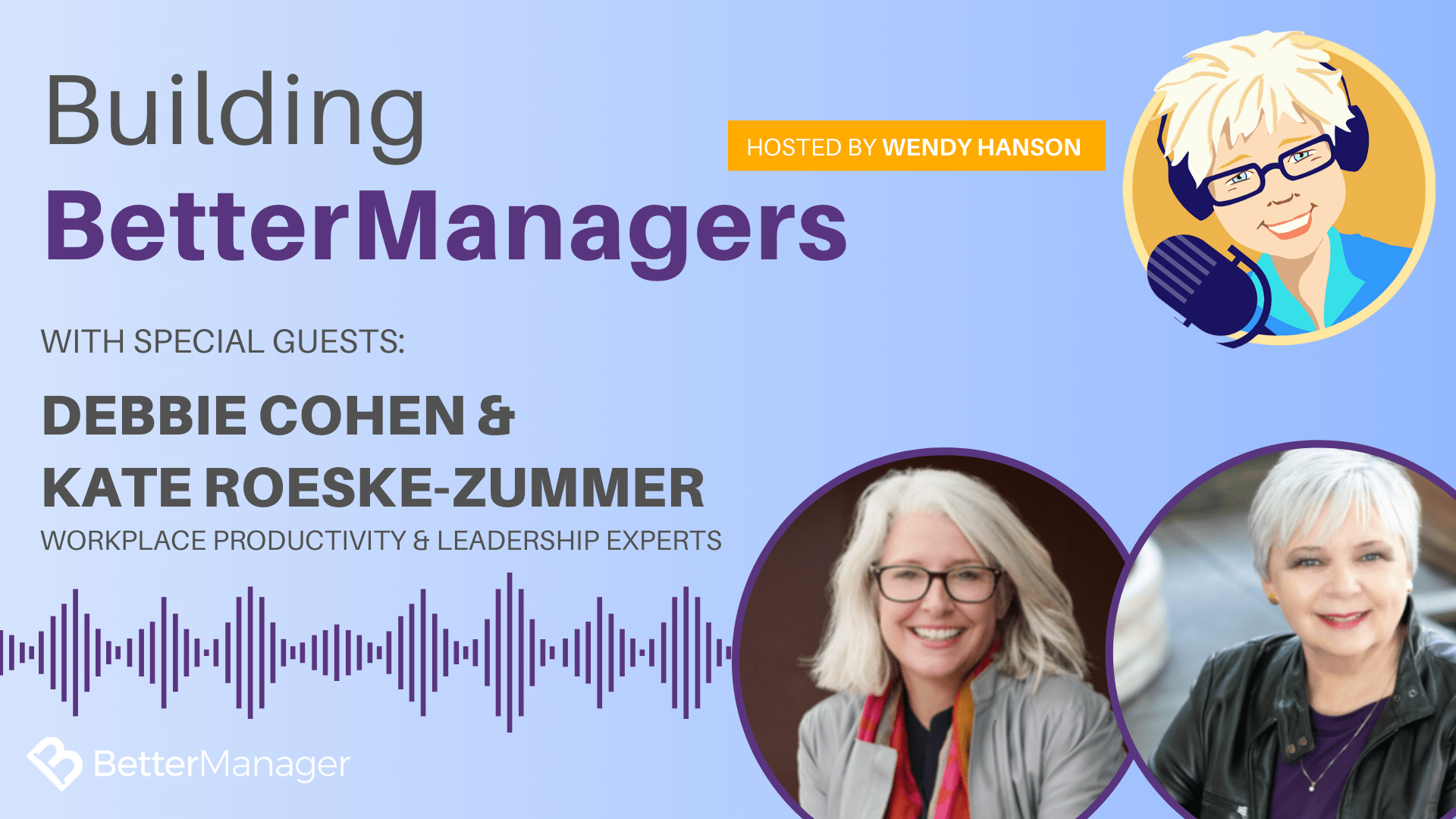 The huge challenges for leaders and managers over the last year have left organizations scrambling for solutions as employees scatter for better opportunites and working conditions. We'll be sharing the skills and strategies that inject some much needed humanity into your organization to solve these problems and help turn around employees that are feeling burned out and disenfranchised.

Why We Need More Humanity In The Workplace

What are the 5 Practices?

Simple Skills that Bring More Humanity to the Workplace

Humans Are People Not Resources

How Will Organizations Improve When Use These Practices?

In a revolutionary approach to workplace productivity, leadership experts Debbie Cohen and Kate Roeske-Zummer show you how to chart a new path forward: one that brings humanity to the workplace through awareness, choice and courage. Inspired by proven techniques they’ve used to transform teams at organizations like Mozilla, Pinterest, Saba, Articulate and Charge EPC, the authors guide you through their transformative Five Practices. The result? A healthier, more productive work environment that draws the best – rather than squeezes the most – out of people.

Debbie and Kate have just published a new book “Humanity Works Better”- 5 Practices to Lead with Awareness, Choice and the Courage to Change. I’m excited for them to share their insights!